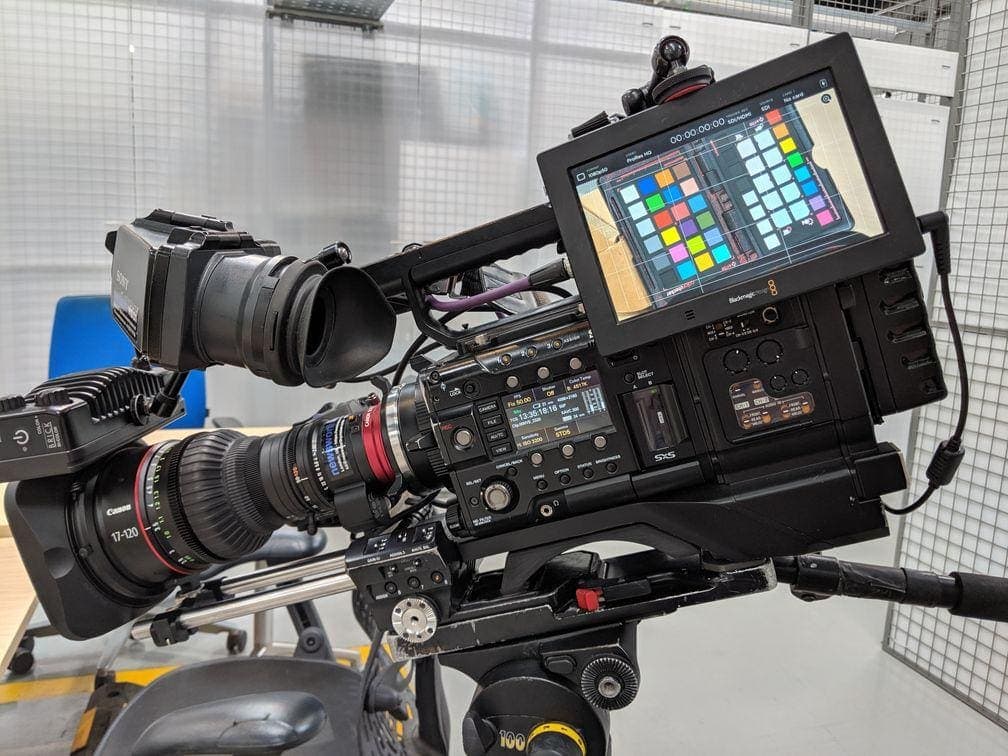 Acquired in 2016, this Sony PMW-F5 camera kit has been designed to allow for “run and gun” news, documentary and current affairs work; as well as covering the demands high-end cinematography needed by directors of photography for 4K TV production.

The camera was purchased with the CBK-55BK shoulder assembly, allowing us to have a Sony digital wireless radio receiver installed, as well as the controls and inputs you’d expect on your standard ENG or EFP cameras. This allows the use of 15mm rails as well, which come installed allowing for follow focus units to be used, as well as providing support to the beastly Canon CN-7 lens.

Combine that flexibility with the ability to shoot in Sony sLog formats with 14 stops of dynamic range, and you’ve got a function and well capable high-end documentary camera. On top of all that, the F5 features an inbuilt ND filter, allowing you to reduce the incoming light onto the sensor, without affecting the colour. It has three modes, clear, 0.9 ND (Equal to 1/8ND or 3 Stops) or 1.8ND. (Equal to 1/64 or 6 stops)

For lenses, we can currently attach any PL, EF, FZ and even B4 lenses, with the use of adaptors included in this kit. We have an Optitek Mark II Canon EF to FZ adapter for Canon SLR glass; an MTF B4 to Super 16 optical adapter for High-definition ⅔” lenses; and the standard Sony PL to FZ adapter, allowing for the use of any high-end PL lenses with full lens metadata interface with the camera.

As standard, high-speed shooting is possible up to 180fps in NTSC, and 150fps in PAL, allowing for high frame rates (HFR) recording, whilst keeping the recording in your native project speed, allowing for super slow motion capture. (Higher rates are possible with the AXS-R7 attachment)

Live from outside the Houses of Parliament in London, with Latika Bourke for The Project